Independent US Cultural and Political Analyst

Global cooperation and organized local action are now necessary if we are to respond effectively to the risks of global nuclear war and global warming ecocide. The consequences of nuclear or environmental catastrophe risk ending all multicellular life on Earth. Nuclear war, global warming, and the sixth mass extinction combine to create perilous conditions on Earth which pose a risk for, not only incurring massive human suffering through the collapse of industrial capitalist civilization, but risks ending all life on Earth.

The entire planet is doomed if we don't change our mental frame of reference, freeing ourselves from the vast corporate-state delusional, destructive, dishonest indoctrination. We now encounter severe institutional power problems, not problems of personalities or individual politicians. The corporation and the state, which are the foundations of the current global political system, are undemocratic and environmentally destructive due to the internal systems of concentrated power and the system of monetary rewards through private, short-term profits.

The Anthropocene: the era in which local politics have become obstructionist to human survival. Global political, environmental, and economic crises are now, not later. We must reach out beyond antiquated political boundaries, borders, and institutions to seek truth and cooperation. The corporation and the state cannot meet these needs. Informed democratic mass mobilizations are necessary for human survival.
​Recent publications:Recent international news media interviews have covered the following topics: 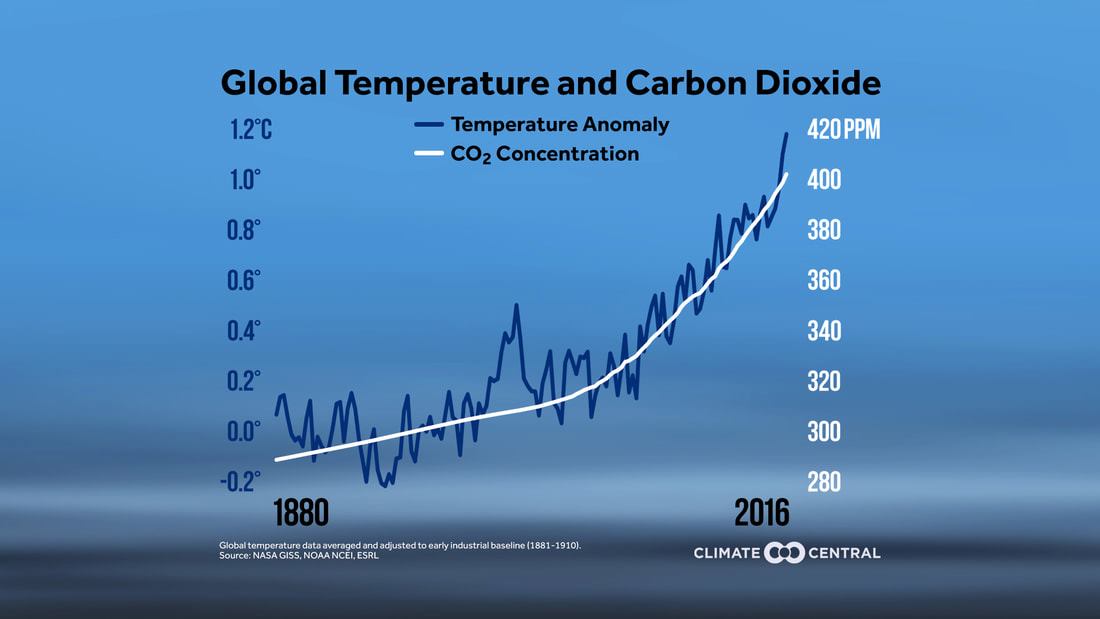 Image from Climate Central.
Mark Mason PhD
US political and cultural analyst for the international news media. Located in the San Francisco Bay area of California, United States of America. I am available to the international news media for commentary on US foreign policy, scientific policy, and domestic political, economic, and cultural matters. Mark has appeared on TV, radio, and in newsprint in various international media, including Russia, Iran, India, South Africa, Colombia, Lebanon, and Germany, -- [The image used at the top of this page is courtesy of James Fassinger.]

Recent measurement of CO2 in parts-per-million at Mauna Loa, Hawaii, USA. "Before the Industrial Revolution in the 19th century, global average CO2 was about 280 ppm. During the last 800,000 years, CO2 fluctuated between about 180 ppm during ice ages and 280 ppm during interglacial warm periods."May 10, 2013 ESRL Global Monitoring Division News Items